I work in the same company with Dmitry Chaplay, chief developer of a word count software called AnyCount. Recently Dmitry and the R&D team released AnyCount and made a kind of breakthrough in the word count experience by introducing the word count for image files (BMP, GIF, JPG, PNG).

This is a piece of remarkable industry news, since guys are the first, who put OCR feature into a word count tool. So I took my favorite mug and went to Starport (so we call AIT’s R&D center) for a coffee with Dmitry.

T: Dima, what’s the idea lies behind the AnyCount?

T: And nothing more?

D: And did you expect a text editor in the word count software? Multipurpose tools show average performance in a big variety of fields, but provide extensive functionality only for 1 or 2 tasks. Look at the MS Word – it is a cool text editor, but when it comes to the word count statistics AnyCount provides a more accurate one.

T: AIT developers were the first ones, who introduced word count in the image files (BMP, GIF, JPG, PNG). Was that a kind of strategic vision from the marketing point of view?

D: No, actually it is already a need. Our support department gets a pile of requests from translation agencies like this: “We’ve got a scanned contract, how can we count the word statistics to quote the client?” So we acquired an OCR engine, optimized it and incorporated into AnyCount.

T: Must be easy only to say, but in fact there is a big deal of real work behind it 🙂 Some days ago I tried out a free word count in graphic files and had my result for free without paying a penny. So what do people pay for with OCR in AnyCount?

D: Hm, if I tell you that they pay for the comfort you won’t believe, huh?

D: Actually our OCR solution support 20+ languages and the most of free tools go only with 7 of them (like English, Spanish, Portuguese, where the rest 4 vary from tool to tool). So your method of free OCR won’t work in the Cyrillic languages.

T: You almost made me believe that comfort matters 🙂 But what about the future? You know, a successful product always needs to be two steps ahead of user expectations. Do you already have any ideas of improving AnyCount?

D: We have just released a major update 🙂 It’s not that just “bang! Idea now – a new feature tomorrow”. We need to analyze the user’s requests, target the new test formats. But I promise that as soon as we find something worth improvement, we’ll bring it to the life.

The dinner break was almost over so I had to run back to Babylon (AIT translation division office) and go back to my PM’s duties. Stay in touch – more word count tips and news are on their way.

All the tricks for Translation Halloween were canceled, but treats are in force! 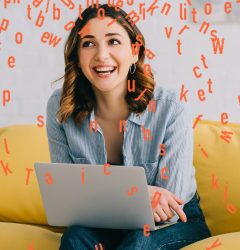 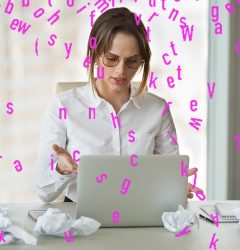