Count content from websites with the new “Add from web” feature.
It’s simpler than you could ever imagine. 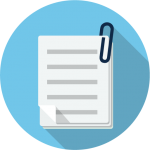 Download this test DOC file along with the XLS file linked with it, and count the DOC file with MS Word first, than with AnyCount. Results will most likely differ. Why?

Check DOC, DOCX, RTF, WPD settings of AnyCount and see which of the elements have not been included in regular Word counts.

NO – indicates that the element is not included in text count results.

According to the obtained results, the difference between text count results is: