To work with TTML (DFXP) files in Anycount, let’s get to know a little more about this format.

Timed Text Markup Language (TTML), earlier called the Distribution Format Exchange Profile (DFXP), is an XML-based W3C standard for timed text. The fiormat was designed to standardise Subtitling and captioning in online media.  It has been adopted widely in the television industry. It is supported by most modern media players, but not by major internet browsers, which primarily use WebVTT

Anycount will always count subtitle text in TTML (DFXP) files. Optionally, you may also enable it to count the timecodes, formatting and descriptions found in the file. 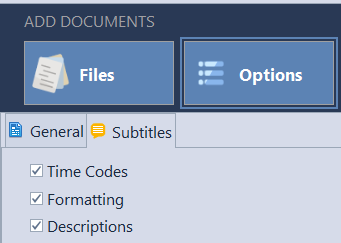 When counting of .TTML (.DFXP) files is completed, you can: