Only the laziest two-bit experts do not pontificate about artificial intelligence, chatbots, and voice assistants nowadays. Humankind has already entered the digital era of super-effective and smart machines, they say. Neither ill humor nor bad habits can prevent our digital mates from performing their high-quality endeavors in a timely fashion. Meanwhile, alongside the progress of such technologies, millions of people will lose their job. But gosh, who cares if the economic benefit trumps everything….

Not sometime in the future, but today and even now, anyone can easily communicate with artificial intelligence. Take Apple’s personal assistant, Siri, for example. She (it speaks with a female voice on default actually) understands everything! Moreover, unlike dogs and cats, who also understand everything (at least their owners have no doubt about this), Siri can provide seemingly considered answers, deliver sane advice, react appropriately, and so on.

…call me an ambulance!

In this regard, one famous case is worth revising. In 2012, one Australian lady, finding herself in an emergency situation, implored Siri:

And she obtained a logical response from Siri:

“Ok, from now I will call you An Ambulance….”

Humans are here to stay

Today Siri does not allow mistakes like that to happen. And do you know what? There has never been any machine learning. Siri has never learned to call an ambulance on its own using AI algorithms. Apple coders just prescribed the sequence of actions for Siri. Coders did, i.e. humans.

The point is that, before the high and mighty digital utopia comes (believe it or not, it has not arrived yet), nobody but humans remains responsible for the quality of the executed work. The greater the responsibility, the tougher the task for the professional(s) involved. And professionals prefer using powerful and advanced tools.

Take a professional translator, for example. Let’s assume that a task requires a word count relating to a huge multi-page PDF file. The word count should not cover available citations from off-site sources, however. A professional translator is not necessarily also a professional mathematician, skilled at mental arithmetic. So wouldn’t it be better to employ some form of calculator for this task? Might that not be the preferred choice? By contrast, pointing fingers at the screen or clicking a mouse to select paragraphs seems like a much humbler, lamer activity. And this could hardly enhance the accuracy of the task, leading to much frustration on the part of the translator.

But there is a way out of this! The word-count tool for translators.

So as not to anger professionals even further, AnyCount represents an:

Yes, this is software. However, this is a type of software developed for translators by translators. They’ve been a bit of a dab hand in developing word-count tools suitable for international translations over the last 20 years. The best word-count tool for translators is here. That’s why peculiarities of the word-counting standards of different countries are easy to accommodate with the tool:

Every single element can be calculated.

Besides, that smart gizmo can recognize almost all existing file standards. A couple of dozen indicated file extensions alone are sufficient to process any document.

Here is where actual symbiosis and synergy meet!

This is where digital technology and human intellect come together.

However you look at it, artificial intelligence looks pale. Ask Siri to calculate symbols in even a short SMS, just for fun. The result will be not dissimilar to the ambulance scenario of 2012…. 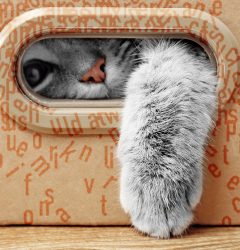 All the tricks for Trans

What count units do tran

How to recognize text on

Why does word count matt