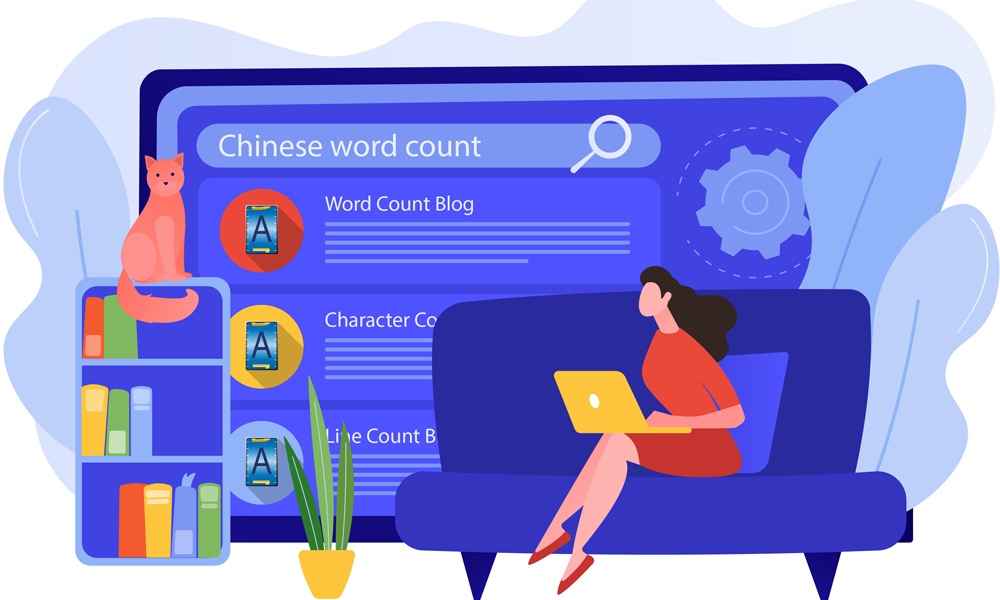 In modern Chinese, most words consist of two or more characters. Another exciting feature of Chinese characters is that a character corresponds to a single syllable that is also a word (or a part of a word) with meaning. Chinese writing differs from alphabetic or syllabic in that it includes a much larger number of characters — tens of thousands. But let’s not stray too far from the topic of Chinese word count, or as you already know — Chinese character count.

One of the easiest ways to count characters in Chinese text is to use Microsoft Word. MS Word has a significant advantage over many other programs since Word is localized for many languages ​​and will not show you word count statistics pulled out of a hat.

Open your text file in MS Word. You can also open a new Word document and copy the text there.

Find Chinese word count statistics in the lower-left corner of the screen, or click Ctrl + Shift + G on your keyboard. 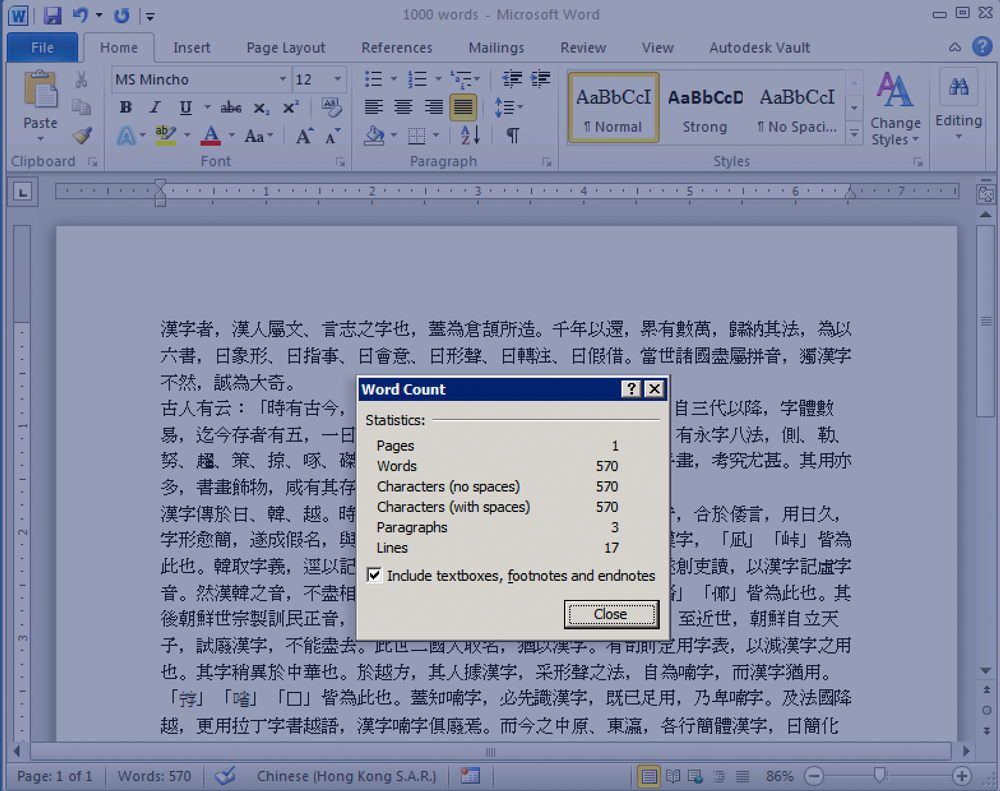 View the character count statistics of the text selection by highlighting the part of the text. The selected part’s word count will be displayed in the bottom left corner, or click Ctrl + Shift + G on your keyboard to see the word count pop-up window. 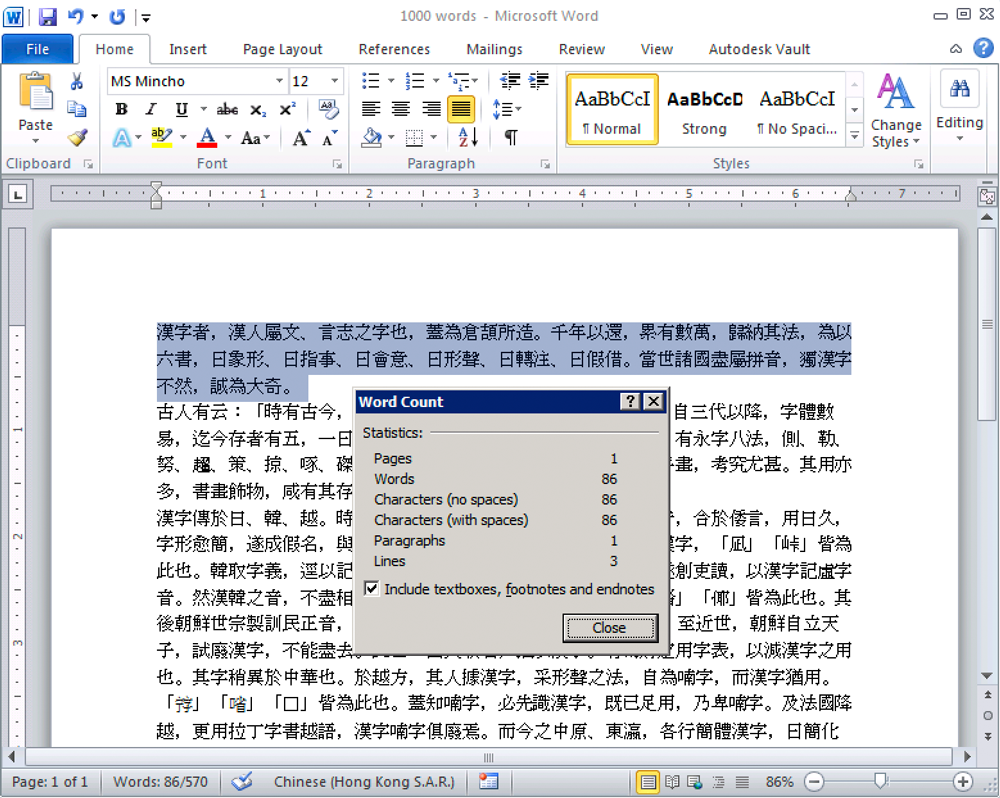 Another way to count words (or characters) is to use the word count tool.

Drag the file with Chinese text into the program window. 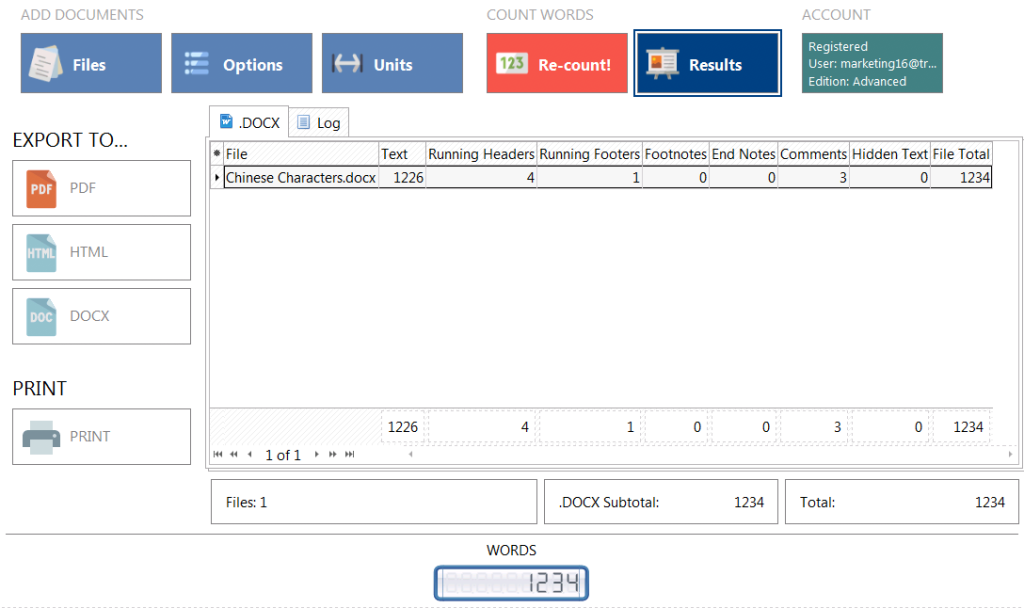 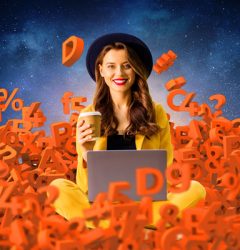 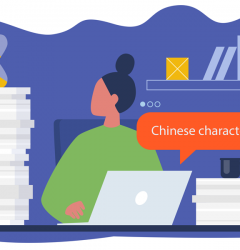 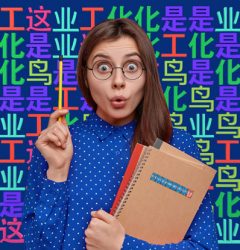